During Winterfest, your favorite Pigeon Forge Christmas Shows celebrate the season with holiday themed performances! Hear your favorite carols performed with a twangy Smoky Mountain twist, participate in a traditional Christmas Pageant or laugh along with holiday comedy you’ll only see in the Smokies. There is something for the whole family. Look below for special showtimes and book your tickets online to save time and money.

In a spin on a show voted Best of Pigeon Forge in 2019, the cast at Dolly Parton’s Stampede will take you on a wonderful holiday trip this Christmas season. Join them for a friendly North Pole - South Pole rivalry, including the 32 horses you know and love plus an appearance from Santa. Before the show, head into the saloon to enjoy non-alcoholic beverages and classic holiday tunes performed by Mountain Ruckus.

The Hatfields and McCoys are two of the area’s most famous feuding families, and even the holidays won’t make them get along. Watch as they come together this Christmas season for a feud like no other with feats of strength, incredible stunts, plus holiday singing and dancing. Granny will be cooking up a holiday feast you won’t want to miss, so bring your own feuding family and take part in the festivities.

Tis The Season At The Grand Majestic Theater 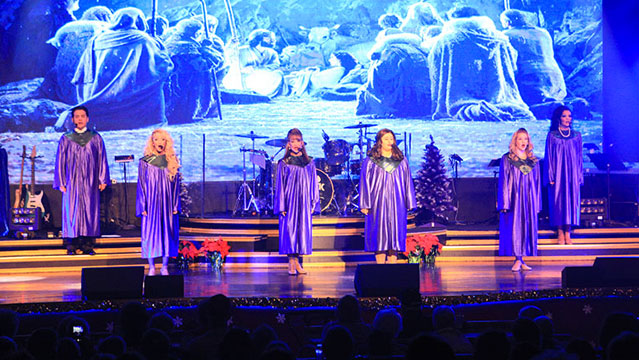 Join in on the fun this season at the Grand Majestic Theater. On select nights during November and December, attend a showing of Tis The Season at The Grand Majestic. This show is packed with contemporary holiday favorites, traditional gospel hymns, holiday hits from Elvis and a classic Christmas sing-a-long.

Country Tonite Theatre brings together your favorite Christmas tunes, incredible dancing, stunning sets and costumes and more for an unforgettable holiday show. Don’t miss your favorite’s from the shows cast as they are joined onstage by holiday icons such as Frosty the Snowman and Santa Claus. Country Tonite Theatre hosts a Christmas Show, New Year’s Eve Show and even a night of The Nutcracker.

Christmas at the Comedy Barn

Christmas at the Comedy Barn is one of the most hilarious Christmas shows you will find anywhere. They don’t skimp on the season, the whole production will include Christmas music, costumes and even special Christmas acts. 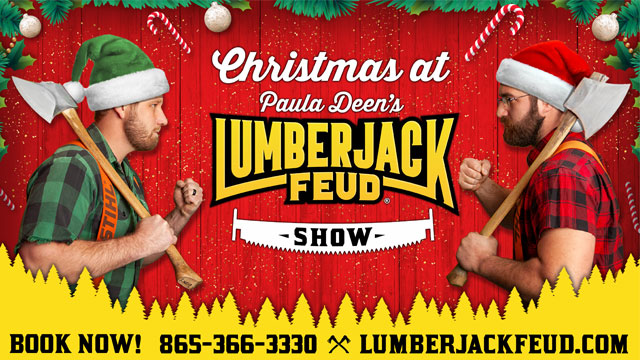 Tis the season to YO HO at Paula Deen's Lumberjack Feud. Attend their Christmas Show and ‘Jack’ up your holiday spirit. Head to the woodsy back yard ‘decked out halls’ and sing along to original tunes of the season inspired by folklore of the forest. Enjoy holiday twists on over a dozen sporting competitions including speed climbing, sawing, log rolling, and more. Cheer the Dawsons and McGraws on to see which family will spend Christmas at Santa’s favorite logging camp in the Smokies! 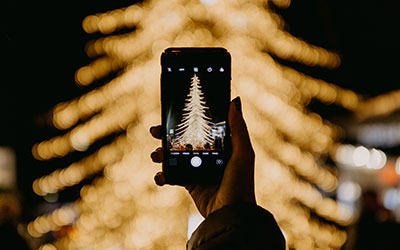 Christmas is a magical time at Dollywood. Enjoy Smoky Mounta… 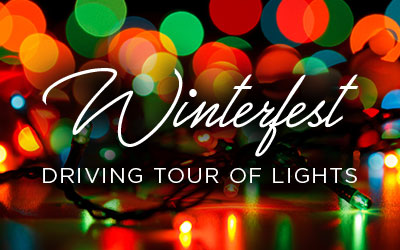 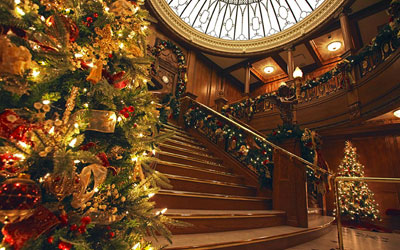 Inside and out, Titanic is magical during the winter holiday…